Almost six million batteries were recycled through five supermarkets last year as more people used their grocery shop to do their bit for the planet.

WEEE Ireland collected half of the huge haul from Aldi stores, which led the charge on 3.2million, double that of its German rival Lidl on 1.6million.

The e-waste recycling scheme also picked up 850,000 used batteries from Tesco and 224,000 from SuperValu, while Dunnes Stores prevented over 97,000 ending up in landfill.

In total, the equivalent of 21 million AA batteries were recycled by householders in 2020 through retailers and civic amenity sites – an average of four for everyone in Ireland.

Despite the encouraging data, for every 10 AA batteries sold on the market, only four are returned for recycling, with 20% in a recent survey admitting to dumping used batteries in general waste bins.

To coincide with Earth Day, WEEE Ireland is urging the public to gather old batteries for recycling and avoid dumping them in bins, from where they end up in incinerators, meaning precious metals are lost for good.

“Earth Day is an opportunity for people to stop for a moment to think about how they can make a difference. Recycling batteries is as easy as taking them to your nearest supermarket or recycling centre and plays a huge part in helping protect the environment,” said Leo Donovan, CEO of WEEE Ireland.

“Rolling lockdowns saw people use more home grooming devices such as electric shavers, games consoles, remote controls, kids’ toys, power tools and fitness equipment – resulting in more batteries being used and many of these ended up in drawers.

“For the millions of batteries not recycled properly every year, we lose precious elements and important resources that could be used again in manufacturing. The hazardous material they release also has an impact on human health and our environment.”

For every battery recycled, WEEE Ireland makes a contribution towards Laura Lynn – and it has confirmed a further €40,000 donation to the children’s hospice.

The gesture will provide much-needed overnight respite stays for 19 children and their families at the hospice this year and brings its overall donation to Laura Lynn to €480,000 since the partnership first began back in 2011.

WEEE Ireland is the country’s largest e-waste recycling scheme, representing most of the Irish battery industry and household, electrical and electronic industry, which has a producer responsibility to organise and finance the environmental management of their products at end of life. 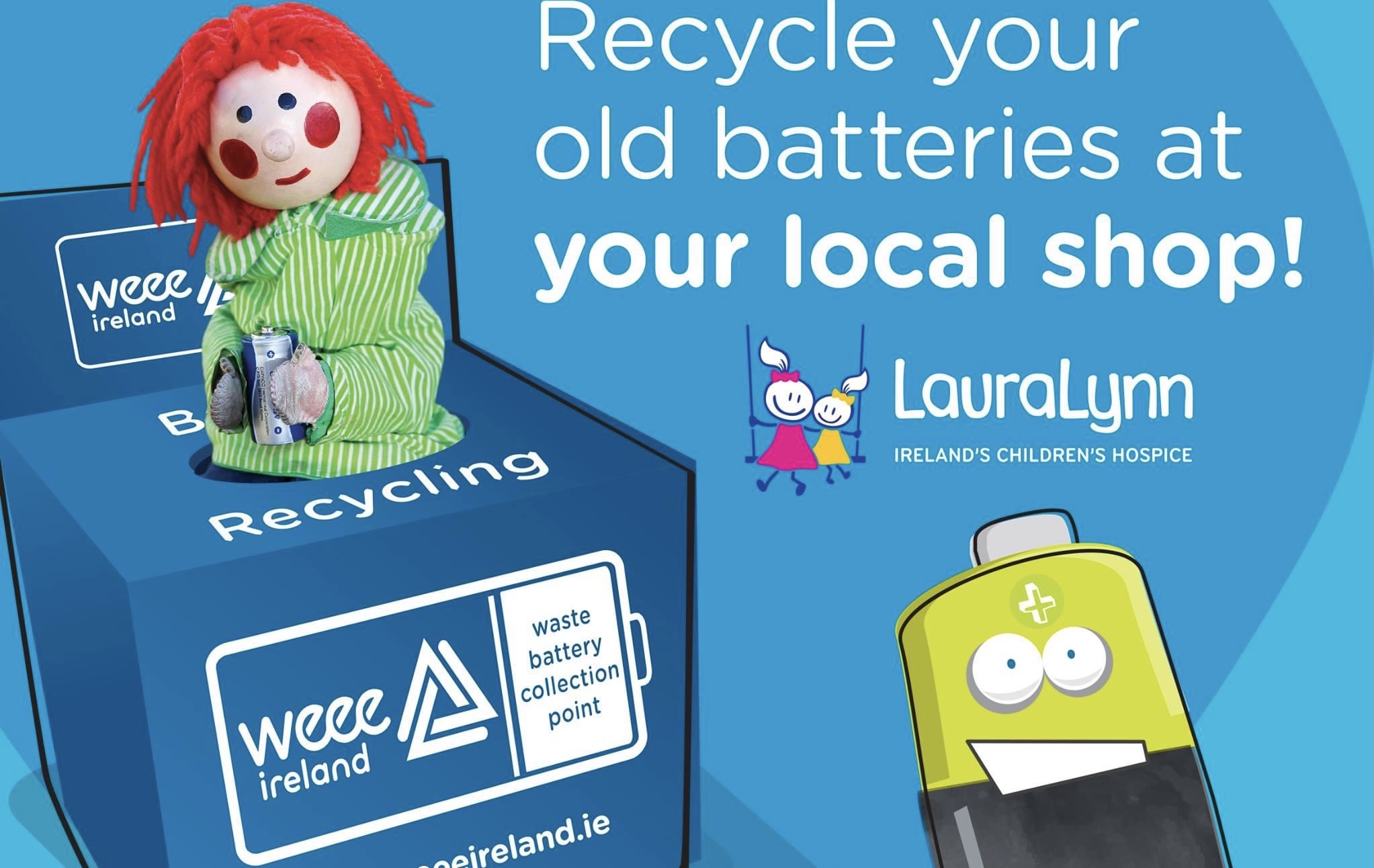 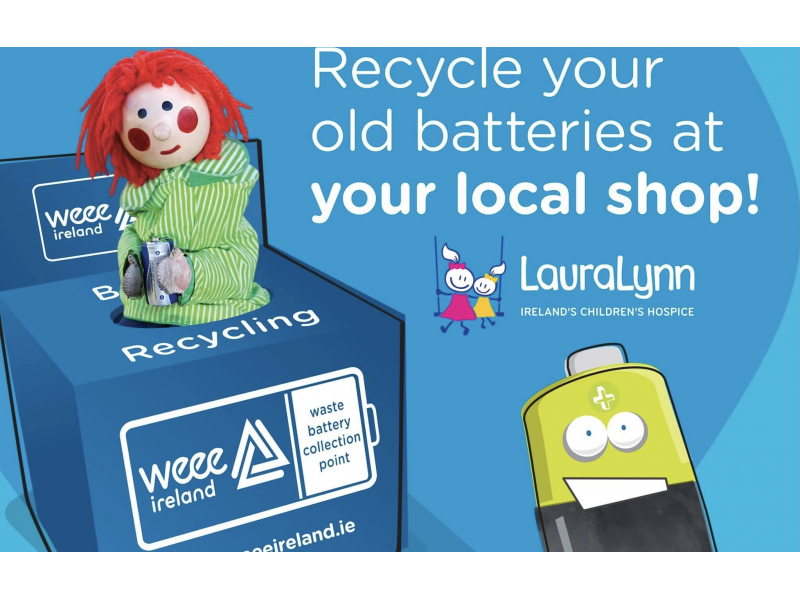