The Environmental Protection Agency (EPA) has just published its annual WEEE Statistics Report. In 2020, a record 64,856 tonnes of WEEE was collected in Ireland for treatment, the highest quantity ever recorded in the State. Ireland surpassed all EU targets for recycling and recovery of WEEE in 2020. However, for the second year Ireland fell short of meeting the new high WEEE collection target of 65%, achieving a collection rate of 60% in 2020, down from 61% in 2019.

The trends identified by the EPA report are very positive in terms of the work carried out by KMK Metals Recycling in partnership with Ireland’s largest compliance scheme, WEEE Ireland. 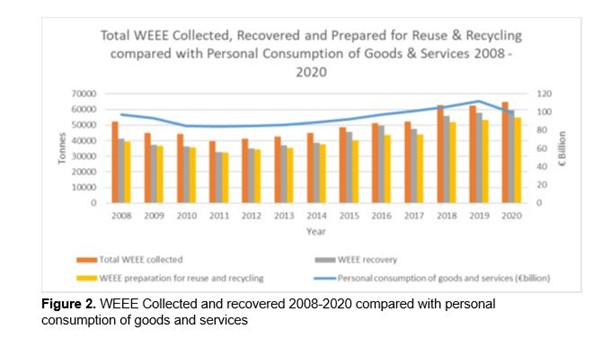