A post-Christmas surge in recycling is common every January, as consumers recycle the appliances they replace over the festive period, however, the second week of 2022 saw 974 tonnes of e-waste collected, signifying KMK Metals Recycling’s busiest week ever.

Televisions, washing machines, cookers, vacuum cleaners and electronic toys were among the huge piles of waste electrical and electronic equipment (WEEE) brought to the company’s Tullamore and Kilbeggan plants for recycling. Tullamore received slightly more of the haul with 506 tonnes recorded while Kilbeggan followed closely with 470 tonnes.

The majority of e-waste collected came through WEEE Ireland’s retailer ‘We’ll take it back’ scheme, which operates a direct collection service free of charge from retail stores and distribution hubs for WEEE and waste batteries.

Criostoir O’Brien, Production and Operations Manager at KMK Metals Recycling, commented: “Perhaps it is the fact that a lot of people were able to save money during lockdowns, that has resulted in increased spending on electrical goods, and therefore more recycling. Or perhaps a quiet Christmas at home gave people the opportunity to clear out garages and sheds and recycle old appliances. Whatever the reason, we are glad to see that the old and broken goods are being recycled here in KMK Metals Recycling, and it is testament to the hard work of our Supervisors and Operations staff that we have been able to manage and process these materials to our continuing high standard even during the peak of this current Covid 19 wave. WEEE Ireland’s take back scheme makes it very simple for consumers to recycle their old appliances as they can drop them into the electrical retailer or have them taken away when their new products are delivered.”

WEEE Ireland’s programme of public collection days took a break over Christmas but will be returning at the end of the month, with two scheduled for Offaly on January 29th. Householders will be able to take any WEEE they have to the West End car park in Banagher or the GAA Club in Clara between 10am and 4pm to have it recycled for free. Full details of upcoming public collection days can be found at https://www.weeeireland.ie/household-recycling/. 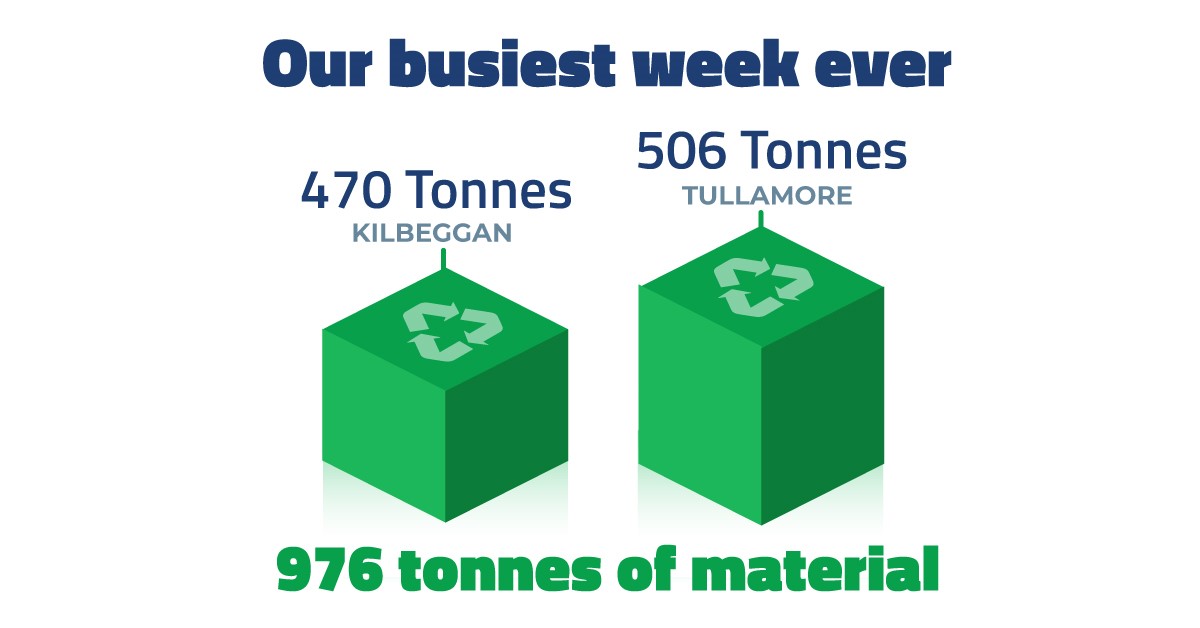 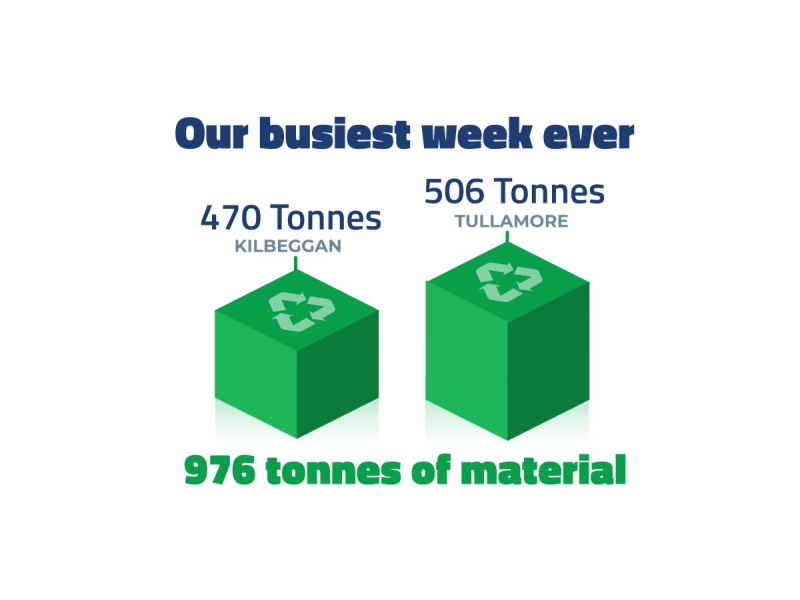