Irish public urged to support battery recycling push September 12, 2016 by Kirstin Linnenkoper Ireland: ‘Two out of three people in Ireland still do not recycle their small waste batteries and that is something I really want to see change,’ insists the country’s minister for communications, climate action and environment Denis Naughten. His call to action was delivered at the launch of European Battery Recycling Day on September 9.

It is ‘critical’ for people to become more involved with recycling if Ireland is to meet the EU’s mandatory 45% recycling target for all batteries sold by the end of this year. Ireland generates an estimated 20 million waste batteries annually, representing at least 12 units stored per household.

‘We have only a few months left to reach our EU target so I am asking people to make a big effort to look around their homes, schools and offices for any portable batteries that need to be recycled,’ Naughten declared. He also commended students from various schools throughout the country for backing the WEEE Pledge Programme - a free recycling and educational initiative run by collection scheme WEEE Ireland. The youngsters collected over 750 000 AA batteries in 2014 (data for 2015 are not yet available).

‘In 2015, 5000 students in more than 2000 primary and secondary schools took part in the WEEE Pledge Programme, and WEEE Ireland hopes that this number continues to grow,’ Naughten said. ‘By recycling their batteries under the WEEE Pledge Programme, students are also helping to raise much-needed funds for LauraLynn, Ireland’s Children’s Hospice.’ WEEE Ireland’s ceo Leo Donovan added: ‘WEEE Pledge has broadened students’ recycling activity and is inspiring the next generation to be guardians of our planet.’ 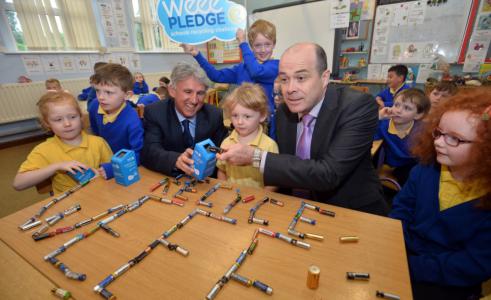 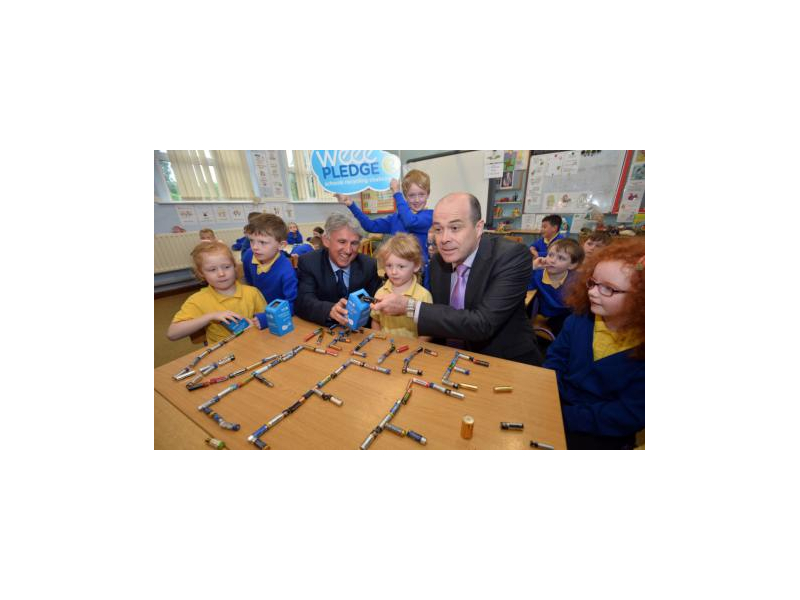